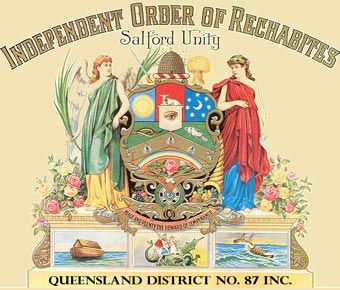 The Queensland District of The Independent Order of Rechabites Friendly Society was formed by the separation of two Tents operating in Queensland under the dispensation of Victoria District No. 82.